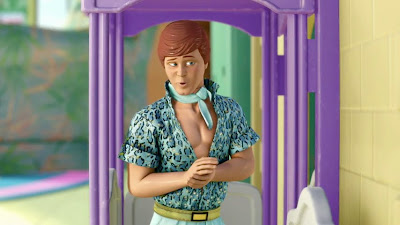 I'll admit it: I am a huge Pixar fan. In fact, I often defend the studio as being the last great bastion of cinematic creativity in Hollywood today. Pixar films regularly feature smart, character-driven humor, strong visual storytelling that has obviously been crafted in the studio as opposed to the boardroom, and a bittersweet mixture of joy and pathos that never fails to make me weak in the knees. Even though I generally boycott the Los Angeles movie theater experience, I giddily make an annual exception for the latest Pixar release. Their films are so damn good that even at their worst (i.e. Cars), they still manage to outshine nearly every computer animated film ever released by the competition. Needless to say, I found myself powerless to resist the lure of seeing Toy Story 3 on its opening weekend.

Unsurprisingly, the film was charming, cinematic, and emotionally stirring. A few sequences felt a little visually overwhelming, some of the more delightful characters didn't seem to receive the screen time they merited (including newcomers Mr. Pricklepants, Chuckles the Clown, and Trixie the Triceratops), and several minor plot points made little sense without some familiarity with the film's predecessors (this is a cardinal sin amongst sequels). These small flaws notwithstanding, Toy Story 3 was a masterfully executed film.

But still, I was disappointed, disheartened, and more than a little disgusted by the picture's brazen homophobia. The film portrays one of its new characters, a Ken doll named Ken, as a flighty, narcissistic dandy whose effeminate behavior transforms him into a walking punchline. Time and again, his appearance, demeanor, and mannerisms are mocked by the other characters, and the film thus projects the insidious message that men who violate societal standards of masculine gender behavior are worthy of ridicule. 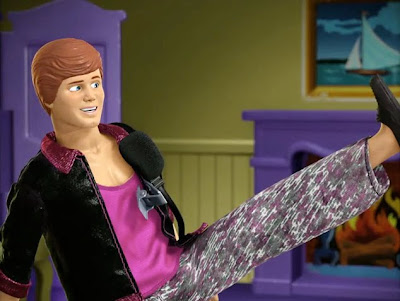 In one particularly abhorrent scene, several characters tease Ken for being a girl's toy. His hasty, emotional denial indicates that this is a taunt he has deflected many times before and which has caused him a great deal of torment. His bitter self-hatred, tragically familiar to many bullied gays, is nonetheless presented as laughable. In another scene, several characters receive a letter written with pink, glittery ink and declare that Barbie has beautiful handwriting before suddenly realizing that Ken is the note's author. They react with bemused surprise, suggesting that there's something bizarre, unnatural, and comical about men who display feminine behavior.

The film also repeatedly belittles Ken for cross-dressing (or purportedly doing so). In one scene, a ticked off Barbie angrily demands that Ken stop wearing her scarf. In another, Barbie disguises herself in Ken's full body spacesuit and almost gives herself away when she forgets to change out of her high heels. Luckily, this mistake is simply viewed as confirmation that Ken likes to wear women's clothes under his outfit, and Barbie manages to escape, though not without suffering a sigh of reproach. This implies that effeminate men like Ken can reasonably be expected to secretly wear women's clothes, and also that transvestism is shameful and needs to be hidden.

Although the film ostensibly suggests that Ken has heterosexual feelings for Barbie, this rarely serves as more than window-dressing for his much greater interest in his own good looks. When he and Barbie go on a date, he spends the entire time modeling different outfits. Furthermore, his fashion sense is portrayed as campy and out of touch. "Love your leg warmers," he tells Barbie without a hint of irony. His own wardrobe is an explosion of the worst excesses of disco, and he squeals in panic when his treasured Nehru jacket is threatened. We can't help but feel that Ken's sequin-studded blazer isn't the only thing he keeps in the closet. Furthermore, his ultra-tacky taste reinforces the stereotype that gay men choose to dress like freaks instead of adopting the sensible, quieter mores of masculine, socially acceptable heterosexuals. 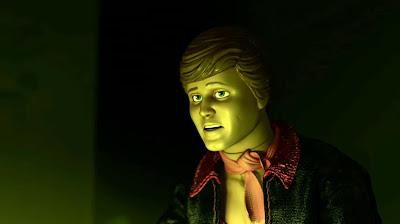 The film also delights in casting Ken as a laughable sissy villain. Even though he serves as a prominent figure among the cabal of evil toys, he lacks the physical prowess of his cohorts and must rely on their strength and cunning to incapacitate his foes. His own attempts at leadership and interrogation are ridiculed by the organization's ringleader, to whom Ken remains a subservient sidekick. He is also easily distracted and ambushed (due to his excessive fondness for showing off his clothes), and he sells out his friends in order to save his designer threads. He eventually redeems himself, but even his moment of courage can hardly be taken seriously as he spends the entire scene wearing nothing more than heart-speckled underpants.

In the end, Toy Story 3 presents Ken as a silly fop who deserves to be humiliated for his unnatural, shameful, and utterly despicable gender-defying behavior. Furthermore, the film compels us to always laugh at Ken and never with him. Casting Ken as a bad guy, the film gives us little reason to empathize with him and even suggests that he deserves to be bullied by those around him because of his effeminate nature.

Sadly, these kinds of portrayals are rampant in popular culture. When LGBT people aren't ignored entirely, we're presented as demeaning and outrageous stereotypes. What results is a vicious cycle in which we hunger for representation in the media but often end up feeling kicked to the curb when we are portrayed in cruel and humiliating ways.

In many cases, we have only found expression through happy accidents. Back in the early 1990's, Mattel released a revamped Ken doll as part of the Earring Magic series. Earring Magic Ken sports tight black pants, a mesh shirt, and a lavender vest, as well as blond highlights and a single earring. He also appears to be wearing a cock ring on a chain around his neck. The doll became an instant must-have item in the gay community, and a horrified Mattel recalled the product. Their belief seemed to be that it would be disastrous to have their product associated with homosexuality. Despite the recall, Earring Magic Ken became the best-selling Ken of all time. Commentators claimed that the doll's popularity derived from its kitsch factor, and while this may be partially true, I think it also touched on something deeper: a desire to be seen and represented as a part of the fabric of everyday America. This yearning certainly hasn't gone away, and as long as Earring Magic Ken is kept off the shelves and Toy Story 3's sickeningly offensive Ken remains on the screen, we still have a long way to go.
Posted by Mike J at 10:30 PM

Friends and Enemies of Mike J